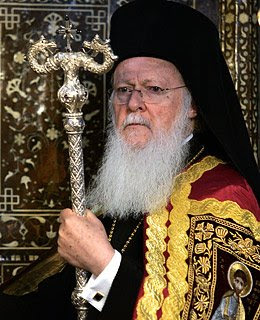 The Ecumenical Patriarch of Constantinople enjoys a resonant historical title but, unlike the Pope in the Roman Catholic context, has little direct executive power in the world of Eastern Orthodoxy. Patriarchs have had to earn their authority on the world stage, and, in fact, not many Patriarchs in recent centuries have done much more than maintain the form of their historic dignities.
Patriarch Bartholomew, however, has turned the relative political weakness of the office into a strength, grasping the fact that it allows him to stake out a clear moral and spiritual vision that is not tangled up in negotiation and balances of power. And this vision is dominated by his concern for the environment.
In a way that is profoundly loyal to the traditions of worship and reflection in the Eastern Orthodox Church, he has insisted that ecological questions are essentially spiritual ones. He has stressed that a world in which God the Creator uses the material stuff of the universe to communicate who he is and what he wants is one that demands reverence from human beings. Probably more than any other religious leader from any faith, Patriarch Bartholomew, 68, has kept open this spiritual dimension of environmentalism.
The title Ecumenical Patriarch historically refers to the Patriarch's pastoral responsibility for "the whole inhabited world." This brave and visionary pastor has given a completely new sense to the ancient honorific; his work puts squarely on our agenda the question of how we express spiritual responsibility for the world we live in.
[Williams is Archbishop of Canterbury, head of the Anglican Churc]
Δημοσιεύτηκε στις 6:49 μ.μ.