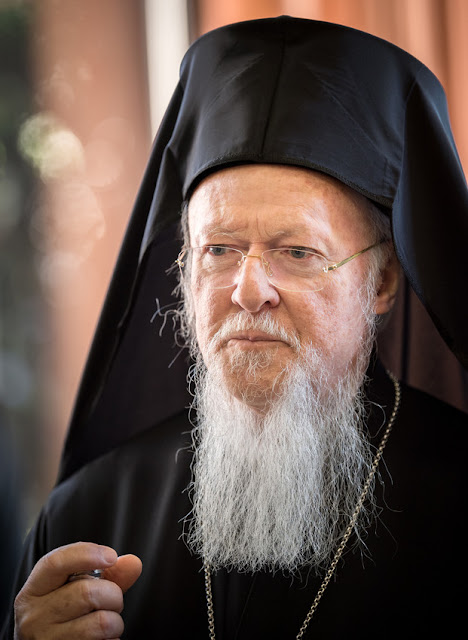 His All-Holiness Ecumenical Patriarch Bartholomew is visiting Iceland from 12-15 October, invited by the Evangelical Lutheran Church of Iceland, the World Council of Churches (WCC) and the Arctic Circle. The Ecumenical Patriarch will deliver a keynote speech at the Arctic Circle Assembly under the title Just Peace with Earth on 13 October, then preside over a Divine Liturgy in the Hallgrímskirkja cathedral in Reykjavík and attend an ecumenical service on 15 October.

During his visit to Iceland, the Ecumenical Patriarch will meet with the President of Iceland, Dr. Guðni Th. Jóhannesson, and Prime Minister Bjarni Benediktsson.

"The visit of the ‘Green Patriarch’ to Iceland is truly of historic significance at a time we have designated in the Icelandic church as the Season of Creation “, says Bishop Agnes M. Sigurðardóttir, Church of Iceland. "The roots of his holy office run back to the early Christians, and that’s why he is ranked as first among peers in the Orthodox Church worldwide and her spiritual leader. Since 1991, when he took office, he has shown that he does not dwell in history, but is one of the most influential global visionaries, peacemakers and bridge-builders of our times.”

The Ecumenical Patriarch is known for his ecumenical relationship-building, his advocacy for environmental concerns, and his work related to peacemaking and reconciliation. He has also taken the initiative to convene many international assemblies to explore religious tolerance and conversations with religious leaders of Muslims and Jews.

Ecumenical Patriarch Bartholomew comes to Iceland, along with a five-member delegation, on the occasion of the WCC Conference Just Peace with Earth, to be held in Digranes Church and at Thingvellir from 11-13 October, and to convey a message about the same topic at the Arctic Circle Assembly in Harpa.

The WCC is working with the Arctic Circle to organize a panel discussion after the Ecumenical Patriarch’s speech, as well as two workshops, one co-organized by the Icelandic Institute for Religion and Reconciliation.