Ecumenical Patriarch: Life of the Church is an applied ecology

In a Message released on Tuesday, Ecumenical Patriarch Bartholomew says “a change of direction toward an ecological economy is an unwavering necessity.” 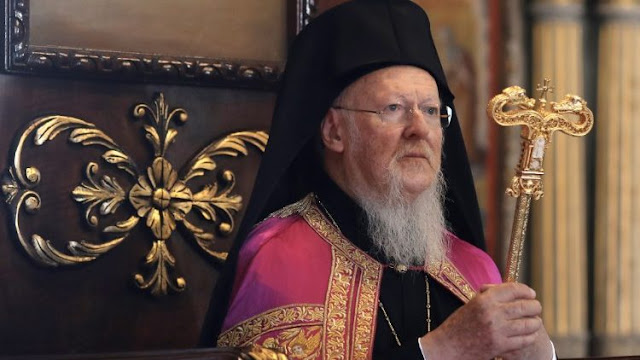 The Ecumenical Patriarch of Constantinople, Bartholomew I, has issued a message to Orthodox bishops and faithful, calling for a renewed commitment to protecting the environment.


His message comes on the World Day of Prayer for the Care of Creation, September 1, which also marks the beginning of the Byzantine ecclesiastical year. The Day of Prayer was originally established by Bartholomew’s predecessor, Dimitrios, in 1989, and later adopted by other Orthodox churches. In a significant ecumenical gesture, Pope Francis in 2015 announced that the Catholic Church would also observe the Day on September 1.

In his letter, the Ecumenical Patriarch says, “It is a shared conviction that, in our time, the natural environment is threatened like never before in the history of humankind.” While modern advances have provided great benefits, they can also prove destructive if misused.

Bartholomew continues, “Protection of the common good, of the integrity of the natural environment, is the common responsibility of all the inhabitants of the earth.” However, while many individuals and communities have shown their commitment to ecology, “nations and economic agents” have been unable to make decisions for the good of the environment.

“How much longer,” asks Bartholomew, “will nature endure the fruitless discussions and consultations, as well as any further delay in assuming decisive actions for its protection?”

Human culpability for the ecological crisis

The reduction of pollution that has resulted from the lockdowns and other measures during the coronavirus emergency demonstrates “the anthropogenic nature of the contemporary ecological crisis,” says Bartholomew. Therefore, he says, there must be “a change of direction toward an ecological economy.”

Economic concerns must be balanced against genuine concern for the environment: “It is inconceivable that we adopt economic decisions without taking into account their ecological consequences.”

A pioneer in protecting the environment

Bartholomew notes the efforts of the Ecumenical Patriarchate in recent decades in the field of protecting the environment. This commitment, he says, is “an extension of its ecclesiological self-awareness,” and not simply a “circumstantial reaction to a new phenomenon.”

The ecological concern of the Orthodox Church is a part of the nature of the Church, he says: “The very life of the Church is an applied ecology.” Care for creation, says Bartholomew, is an act of praise of God, while “destruction of creation is an offence against the creator.”

Finally, Ecumenical Patriarch Bartholomew says the Orthodox tradition of care for the environment provides a defence against certain aspects of contemporary culture, founded on the idea of the “domination of man over nature.”

In the face of the grave challenges of the environmental crisis, faith in Christ can help us not only see the problems with the current culture, but also help us to see the “possibilities and prospects of contemporary civilization.”

Bartholomew calls especially on “Orthodox young men and women to realize the significance of living as faithful Christians and contemporary people,” adding, “Faith in the eternal destiny of man strengthens our witness in the world.”

The Ecumenical Patriarch concludes his Message with best wishes for “a propitious and all-blessed new ecclesiastical year, fruitful in Christ-like deeds, for the benefit of all creation and to the glory of the all-wise Creator of all.”