Pope Francis, Ecumenical Patriarch Bartholomew and the Archbishop of Canterbury join together for the first time in urgent appeal for the future of the planet 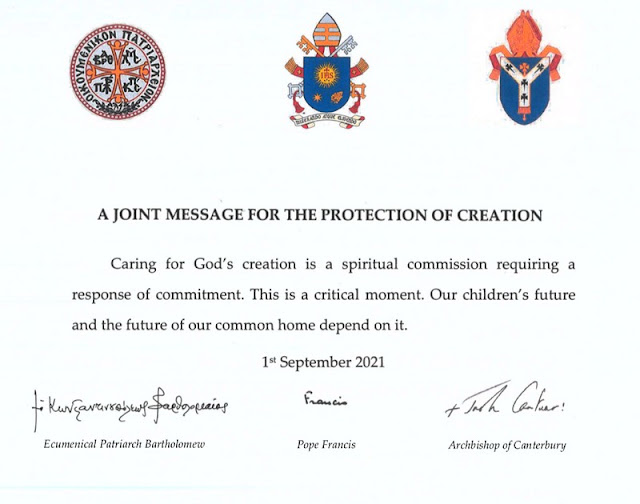 For the first time, the leaders of the Roman Catholic Church, the Eastern Orthodox Church and the Anglican Communion have jointly warned of the urgency of environmental sustainability, its impact on poverty, and the importance of global cooperation.
Pope Francis, Ecumenical Patriarch Bartholomew and Archbishop Justin Welby urge everyone to play their part in ‘choosing life’ for the future of the planet.
In a joint statement, the Christian leaders have called on people to pray, in this Christian season of Creation, for world leaders ahead of COP26 this November. The statement reads: ‘We call on everyone, whatever their belief or worldview, to endeavour to listen to the cry of the earth and of people who are poor, examining their behaviour and pledging meaningful sacrifices for the sake of the earth which God has given us.’
The joint declaration strikes a clear warning - ‘Today, we are paying the price…Tomorrow could be worse’ and concludes that: ‘This is a critical moment. Our children’s future and the future of our common home depend on it.’
The three Christian leaders spoke against injustice and inequality, saying: ‘We stand before a harsh justice: biodiversity loss, environmental degradation and climate change are the inevitable consequences of our actions, since we have greedily consumed more of the earth’s resources than the planet can endure. But we also face a profound injustice: the people bearing the most catastrophic consequences of these abuses are the poorest on the planet and have been the least responsible for causing them.’
The statement calls on people to:
- Pray for world leaders ahead of COP26
- For individuals: To make meaningful sacrifices for the sake of the planet, working together and taking responsibility for how we use our resources
- For those with far-reaching responsibilities: To choose people-centred profits and lead the transition to just and sustainable economies 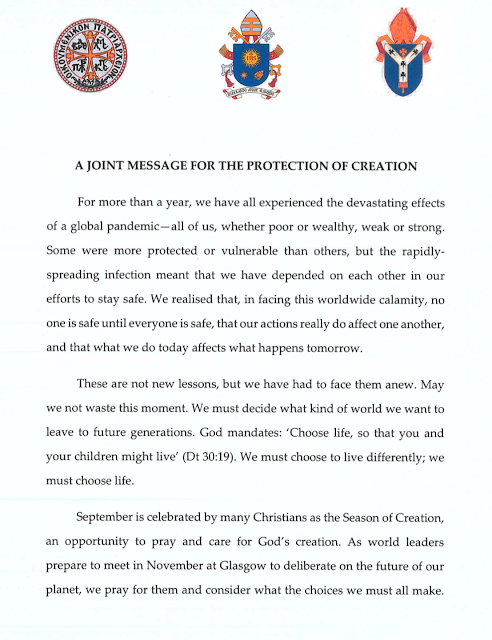 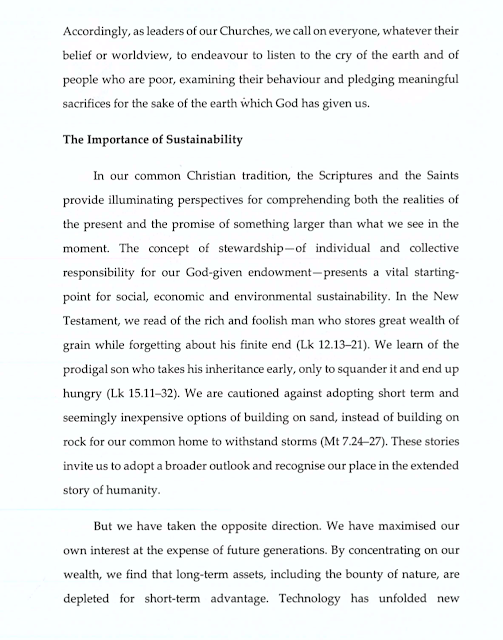 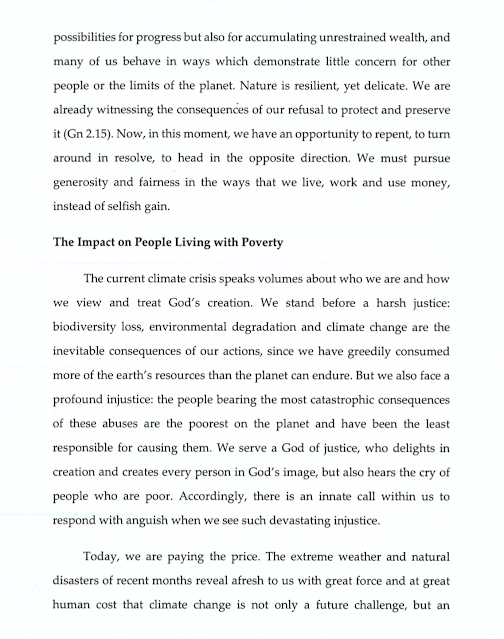 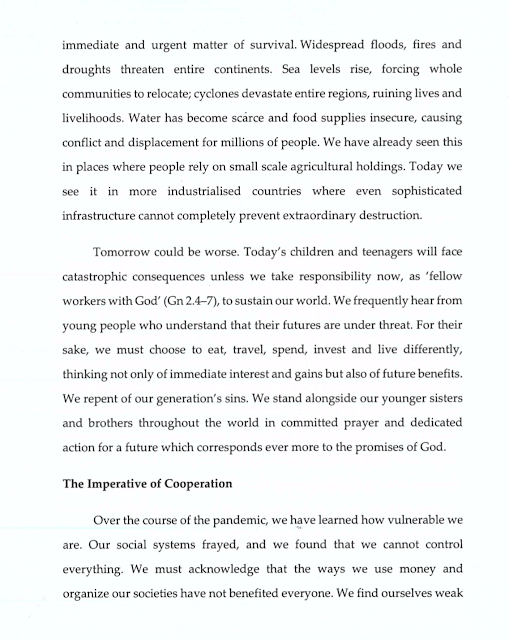 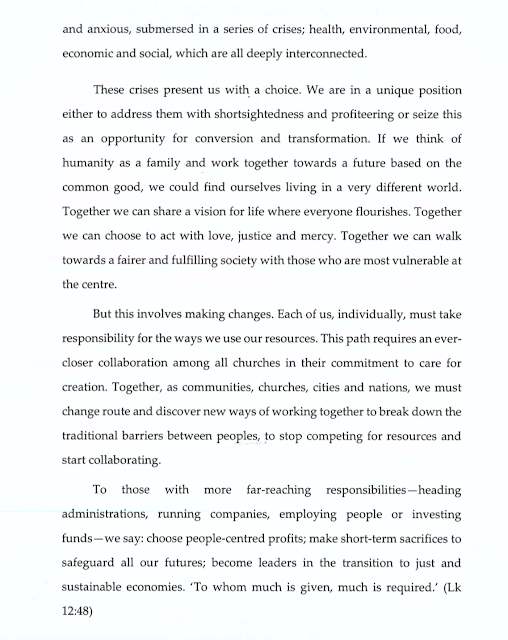 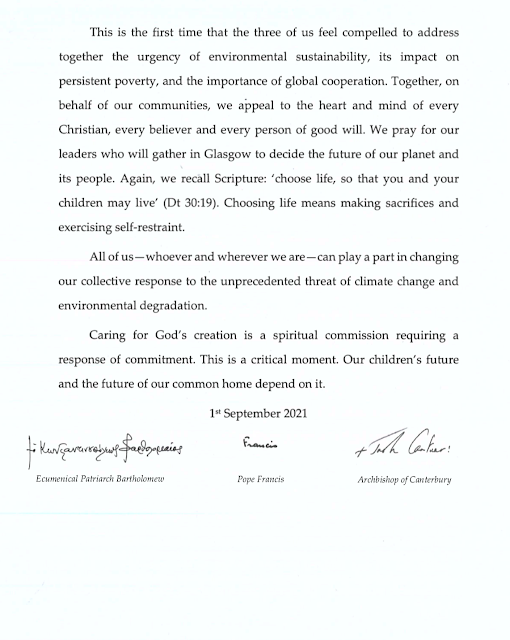